Table 1: Top 30 Overpaid Players for 2011 with at least 1000 Minutes Played. Salary Numbers from Basketball Reference, who I believe use Patricia Bender
We’ve already discussed the underpaid. Now we get to the fun part.

A reminder we take the league payroll (around $1.9 billion) and divide it by the number of available wins (1230) to get an average win value ($1.58 million) we then credit a player the “market value” for each Win Produced and subtract their salary to see if they were worth the cash. Let’s see what we come up with.

But I'm an MVP Candidate!

The top three (take a bow Gilbert, Bargniani and Rashard) should come as no surprise to longtime WOW readers. Arturo upped the ante earlier by listing the top 30 (I have a minutes played cutoff of 1000 for these) (Editor Arturo’s Note- I won’t :-)) and this leads us to a fascinating discovery. 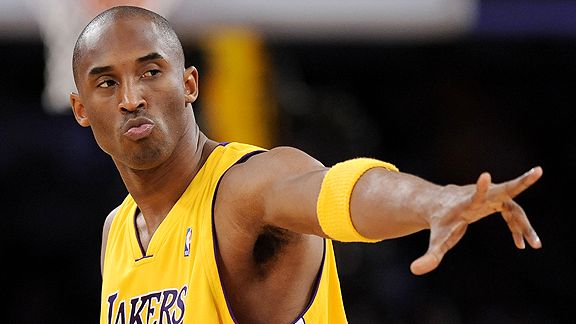 The list is composed of mostly bad players and Kobe’s ridiculous contract.

When running down the list one trend stands out. Most of these players are below average. An average player would have a WP48 of 0.100; all but four are below this. Of the four above it Baron Davis and Kenyon Martin are just about average but are making much larger pay days. Andrei Kirilenko is quite productive but has not been playing enough minutes due to injury. Finally Kobe Bryant is actually very good but his contract is insane. Here’s a fun comparison.

Kobe Bryant made more than the starting lineup of the Oklahoma City Thunder!

Add a few more guys and we're almost worth Kobe!

While there are definitely some repeat offenders on the list (Rashard Lewis, Gilbert Arenas and Kobe for example), this list is not as stable as the underpaid list.

The simple explanation for that is injury and age. Brandon Roy was once very productive but has not come back from injury. Antawn Jamison and Vince Carter were much better players when they were younger but have steadily declined. Of course, some players are just overrated players that should never have gotten their contracts.

Yesterday Arturo wrote a great piece about how the NBA Owners are lying to us.  We’re constantly being told that player salaries are spiraling out of control. Coming up with examples isn’t difficult (see the first table).  The real issue is the distribution of earnings among the players.

Gilbert Arenas (overpaid) played on Orlando last year, which also had Dwight Howard (underpaid). Joe Johnson (overpaid) plays on the Hawks, wh0 also have Al Horford (underpaid). Most teams aren’t that lucky (hello Minnesota, Toronto and Detroit ) and just end up being bad. We can be tricked into blaming the players for taking too much money (but remember it’s a  fixed rate). We should instead blame the owners for not being able to properly assess talent and improperly distributing the wealth.