On the infrequent occasions when I have been called upon in a formal place to play the bongo drums, the introducer never seems to find it necessary to mention that I also do theoretical physics.

I suppose I could just go ahead and just write a post around the final in-season power ranks.

We could talk about the playoff odds as well.

In general the points of interest are as follows:

And while that’s all very scientific and interesting, the point of this post is different though.We are here to have some fun. 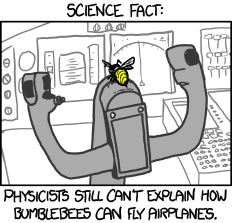 Now that the playoff protagonist are set, let’s rank every possible nba playoff series in terms of fun thru a completely made up set of criteria using proper value engineering techniques. The way this works is simple:

Hopefully more clear than this (Image courtesy of xkcd.com)

Let’s start with the factors:

Factors in let’s look at my totally irrational ratings. First By Team:

Then the Rivalry Factors:

And finally lets put them together:

If we rank the teams in terms of the Quality and desirability to making the playoffs fun, watchable and profitable we get:

There’s a reason why this video exists: